No sooner do you celebrate a birthday these days and the next one seems to be just around the corner. I remember when I was a kid and time moved so slow, birthdays took forever to come around. The slowest were the milestone birthdays of course. I remember when I was 10, I just couldn't wait to turn 16. "Sweet 16" as everyone says, and I remember being so excited, I'm sure I drove my family crazy. The funny thing was, by the end of that first week of being "sweet 16" I was feeling a little…

Please Pray for my teachers Daughter! 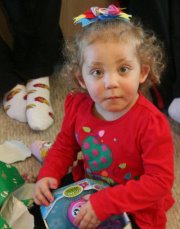 Brooklyn has been battling some pretty serious health issues..... My plea to you is to stop what you're doing and say a prayer for her and her family the moment you read this!

Brooklyn is a four year old little girl who has been faced with numerous obstacles since birth. Brooklyn was born in… 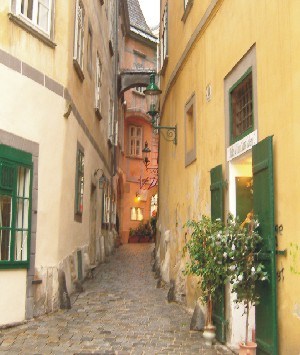 There is never anything quite so wonderful, as catching up with old friends. If the friendship is true, then no amount of time apart will diminish it's value, or the excitement one feels when faced with the prospect of a reunion.

Like everyone I have friends, however... unlike everyone else, some of my friends are paintings. How do I explain that to you so that…

Mother’s Day is always a hard day for me to get through. It reminds me of the little life I tried to bring into this world, and lost. I fought so hard to keep him safe, to hide his existence from my brutal first husband.  I thought I had succeeded. It has been so very long. I know that by this time, had things gone normally, we would both be passed on and our time on earth but a memory to the family we might have gone on to have. Tales would be told remembering Mama Esme, Grandma Esme. Maybe…

A little bit about me

Most people who don't know me, may think that I'm nothing but a big dude with nothing between my ears and alot of muscle. Those who really know me, know I'm actually pretty caring and protective of those I love. Again like a big teddy bear, but don't piss me off or threaten any of my family members unless you want to become a smudge on the pavement. I do actually think, it's just sometimes I do things then think about it later.. which almost always gets me in trouble. Anyway, I'm good at…

From what I can remember of my human life I drank as hard as I worked, and gambled all my money away as fast as I could earn it. I was quick to anger, and sure as hell never backed down from a fight. I was a little reckless I suppose you could say. However, though I didn't know it, my life was about to be changed.

One day in 1935,  I was out hunting in the woods, and was caught off guard when a bear came out of no where and attacked me. I tried to dodge the powerful hits of it's…

I escaped to my sisters after school just needing some time to think everything through... My friends all having constant.. Yeah I'd rather not go there, and the fact I'm getting picked on about my religion.. Great what was next? Oh yeah the part where my sister and her boyfriend sit me down and blab at me because I'm failing.. Great.. Just what I needed.. Not really. At this point in time I'm ready to look at…