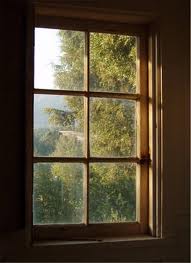 Those first few weeks after I imprinted on Kim were hard.   Sam knew what I was going through and tried to help as much as he could.  Paul was still trying to deal with his anger and trying not to constantly phase all the time.   Sam really did have his hands full with the two of us.…

I took things slow with Kim.  After the first few days and finding out she wanted to be with me made taking it slow easier.  And it was easier.  I didn't have the struggle like Sam did to be near Kim, to spend time with her.  And after getting past the first date things did get easier.  More I guess you could say comfortable.  Eventually we were officially dating.   There was a certain security I felt in having that…

It felt like the day was dragging on.  I wanted to talk to Kim so badly.  My nerves were getting to me, but there was no way I was going to leave the school without talking to her.  I had a plan in my head for what I was going to say, but plans don't always as you plan them.

Finally the bell rang.  I made sure I moved before Kim could.  I…

I can still remember that first crisp snowfall.  Heading out on patrol for the first time with snow was a new experience. Tracking small creatures as they roamed the forest, searching out food caches.  How the air was crisp and cleaner. Different from the days after the rain stopped. I was  amused with how my large paws kept me more on top of the snow. Like having snowshoes on. Even the feeling of snow underfoot had a different feel.

But the thing I remember most is how the…

From Legend to Reality

I still remember the day it happened so clearly.  The leaves had all fallen from the trees.   The weather had gotten cooler.  But here I was warm.  I always felt too warm.  And I was getting angry at people.  For small things.  Things that never had bothered me before.  I had no clue what was going on.   I wanted to shut the door to my room and ignore the world.  I didn't want to yell at my folks.  I can still remember the look on their faces the first time I raised my voice in the house.  …

It's one of the blessing of who we are and where we live.  The Autumn is such a wonderful time on the Rez.  In some cultures this is the end of the year.  The earth is dying.  The leaves change color and fall.  Mother earth goes through her cycle.  Plants are ready for harvest, the last of the fruit, all the fall vegetables   Corn, squash, pumpkins, beans.  There was a time when everyone in the village would have been hard at work harvesting.  Working together like one large extended family.…

Everyone has a favorite time of year. For me it's more of the change of seasons I like. The change between each season. As winter fades and the temperatures warm. Plants start to grow, flowers start to bloom. It's a time that shows change and possibility. My mom was always telling me it was a good time to start new things. Even when I was younger we'd go for walks in the spring to see the world waking up once more. It's something I still do. And then there's the fall. It's a beautiful time…

I can still remember the first time at school where we had to study art.  Most of the guys were making fun of the classical pieces that our teacher was showing us and talking about them. Some of the kids were annoyed because we were having to study euopean art. I even remember one of the older kids asking why we weren't taking this time to learn more about our own tribal arts.

Our teacher simply stated that to truly understand art, you needed to study as many forms as you could. That…

The Day I Returned to School

Memories can be a strange thing. Sometime the things you remember can seem like they happened just yesterday, and other times they seem like something that happend months or years ago. Longer than when the event actually happened. There's one memory that always seems to feel like yesterday for me. It was the day I had things under control enough to return to school. Sam was very insistant that finishing school was…