Just when I began to believe that Alec wouldn't ever return to Volterra, he surprises me by returning.  I am elated that he is back.  I've spent countless months...almost a year all alone.  Since he had left, I was never really myself.  My brother is the other half of the puzzle.  The other half of my life.  Without him, everything just becomes dull and lifeless.  When he left, I felt as if I was in my own solitary shell.  Nobody would come and visit me.  Nobody would invite me out.  It was as if when Alec left, I disappeared as well.  Life around the castle continued on for everyone else but me.  It seemed that nobody else wanted to help me out of my own desperation.  My own depression.  Nobody was there for me.  It wasn't until recently, Felix had begun visiting me.  However, his visitations were mostly about business.  He was fishing for answers.  My opinion on how things were around the castle.

Why ask the one broken girl?

The one girl who lost her twin.

The one girl who continued being forgotten.

Of course my answers were rash and unfriendly.  See how you'd feel if you lost your sibling with no hope of their return.  Seeing everyone else around you carry on while you remain this lump of nothing to nobody.

I feel alive again.  Loved again.  Only because of my brother.  He has no idea how his absence wrecked me.  But his return has made all of the suffering worth it.  This time, I'm bent and determined never to let him go again.

Welcome home, brother.  You're back where you belong.  I love you. 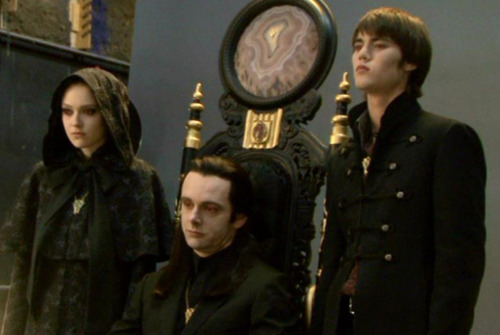