Memories Of My Human Family

Lately, memories of my human life seem to be plaguing my mind.  There is no reason for it.  It is not as if I can have a dream and have those images engrained into my memory.  These images have been hidden deeper and as of late have made themselves known.  Often times, when I am in my chambers, I have been receiving quick clips of what was once my human life.  The life I lived before I was turned into what I am today.  Most of my images have been of my mother and father.  Their appearances are as clear as I can remember when I was human.

My mother was a very beautiful woman.  She has long, light brown, curly hair.  My father had blond on his head, but had dark facial hair.  Both of them were very beautiful and were a lovely couple.  Mornings were always fun when both of them were home and my father did not have to run off to make a living for us.  Our little home was always full of smiles and laughter.  Alec would crack jokes at the dinner table.  He wasn't quite as meek as he is now after being changed.  When he was human, he was your typical brother who found humor in everything.  My mother would smile, shake her head, and chuckle lightly during our family get-togethers.  My father had a loud, hearty laugh.  His voice was deep.  Everything seemed to be going very well until my father got into the military.

All of a sudden our household was void of a father most of the time.  This is when my brother and I got into our experimental phases and would torture animals around the village.  My father would come back, but his visits were always short-lived.  My mother yearned for his return and on those days, she always cooked a great feast to welcome him home.  We did not have much, but what we did have for food, she would cook up for all of us in celebration of his return.  Emotions were nothing but something of a roller coaster ride for my family.  Our happy family memories began to fade the longer we did not see my father.  Mother became depressed because not only did she rarely see father, but now my brother and I would stay outside longer than we should have.  My poor mother spent a lot of her time by herself.  But back then, I was naive.  All I could think about was myself and my brother and what we could do together to get our minds off of father being gone.  We took out our hostility on the animals we found.  As senseless as it was, it was a way of release for the both of us.  We would return to a dark home.  My mother would already be asleep, so we'd follow suit.

Most people would begin to blame their father for the interesting person they become in their adulthood.  Especially those who share a similar story to mine.  But I cannot lay the blame on my father as to why Alec and I did what we did when we were younger.  We knew we were different.  We wanted to feel what it'd be like to act like God and have the life of a living creature in our hands.  This had nothing to do with my father or my mother.  Alec and I have always just been...very curious.  Very curious about life.  And now that we technically aren't alive, the happier memories I had with my family are pouring in.

What I have with the Volturi being my family isn't at all as my human family once was.  It is true that the Volturi have provided a roof over Alec's and my head.  Our sister, Heidi, provides the food that we need to survive in this way of life.  Everything we could ever need is being provided, but not without a price.

I do miss them.  Now that I know that vampires indeed do exist, who's to say that ghosts and heaven do not?  I believe that they're looking down on Alec and I and are possibly outraged as to what we've become.  Maybe not believing it themselves.  Forever this young will we remain.  How could two parents continue to look down on two beings that were not believed to exist?  They probably saw us and never looked back.  But knowing my mother, the sweet lady she was, she would be the one who would continue to check up on us, even if it brought her to tears. 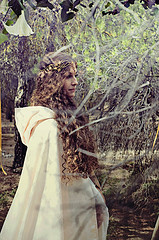 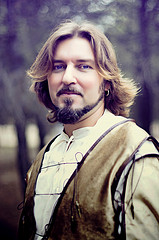 Sooner or later everyone remembers there past good or not. I have learned this over my short year of life. Even though I am only 14 i know what it fills like to not see the family you dearly miss. I do not know your whole story and this may only be it or there my be more but i do know that your remembering these things are for good reasons. They stay with you so you will never lose sight of your mother or your father so you will always remember the fun time you had. Also I do not know how you really feel on this whole thing if i say something wrong or something you don't like please tell me and i will apologize for it. I also must say your mother is a very beautiful women i can tell by what your wrote she was very happy to be your mother and Alec's mother. Your father is very handsome i know what its like to have a father in the millitary mine was in the army i never saw him then i grew up not knowing him....heck i still dont know him that well today but always remember that no matter what happened to your parent they will always watch over you and your brother and they will always love you Jane.