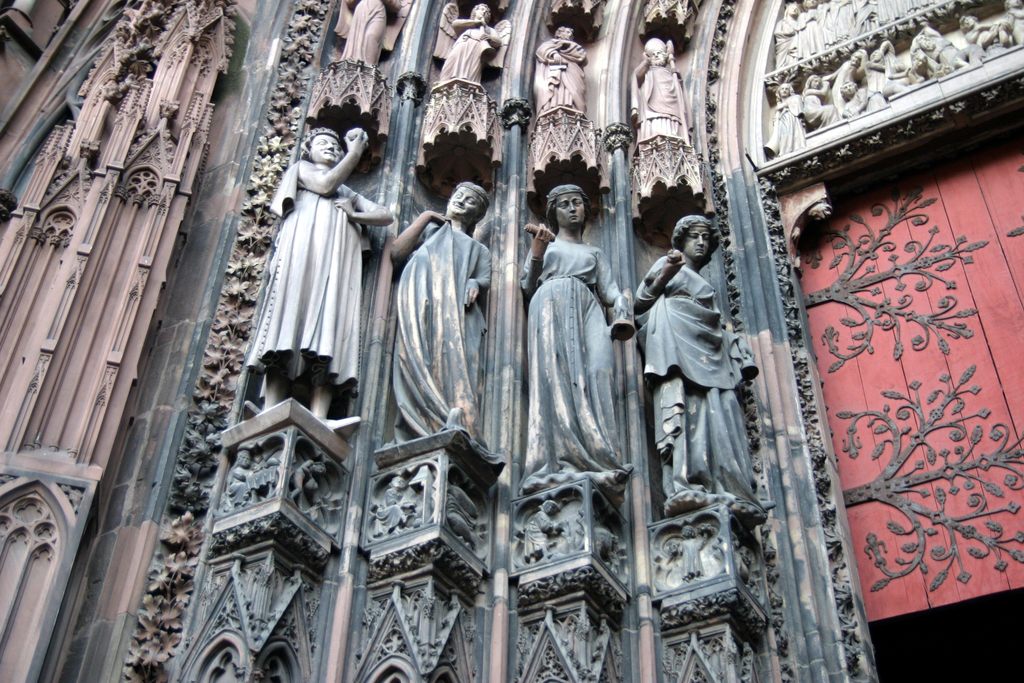 Having had countless hours, months on end, I've found myself wandering the halls of the Volturi Castle a lot more than usual.  When I've completed my duties for the day and night, once I am dismissed, I don't always go straight to my chambers.  Lately, the need to walk the castle grounds has been an itch.  As I've stated previously, I've returned to the castle not too long ago from a leave of absence.  Mostly due because Alec wanted to explore the human world...again...and take me with him.  Naturally, being one of the necessary Volturi guard and having committed most of my immortal life to making sure law and order is maintained in the vampire world, I couldn't continue living without the new family we had left in Volterra.

Now alone, without my brother, and almost everyone else in the castle being caught up in their own affairs, I've had a lot of time to myself.  A lot of walking.  A lot of thinking.  As I studied the outside of the castle, I focused on all of the buttresses and statuary and came to the realization: every one of these statues on the grounds were all molded from an actual person: mortal and immortal.  Works of art.  To become a statue is quite an honor!  For centuries, if well kept, the likeness of this person would live on.  Sure, they weren't alive.  But they would forever be gazed upon until they'd crumble.

Being that all of us are immortal and we have all of these statues around the castle, I began to question: Why don't we have any statues of ourselves around the castle?  Or out in the gardens?  These statues that exist right now are of Gods and people we don't even know.  Shouldn't we all have the honor of being immortalized as these unnamed individuals are?  Just a thought.  I may ask Master Aro or bring the idea across to Lady Sulpicia or Athenodora.  It's worth a try.

Thank you for the suggestion, Lady Athenodora.  I'll make sure to run it by Master Aro when he has some down time.