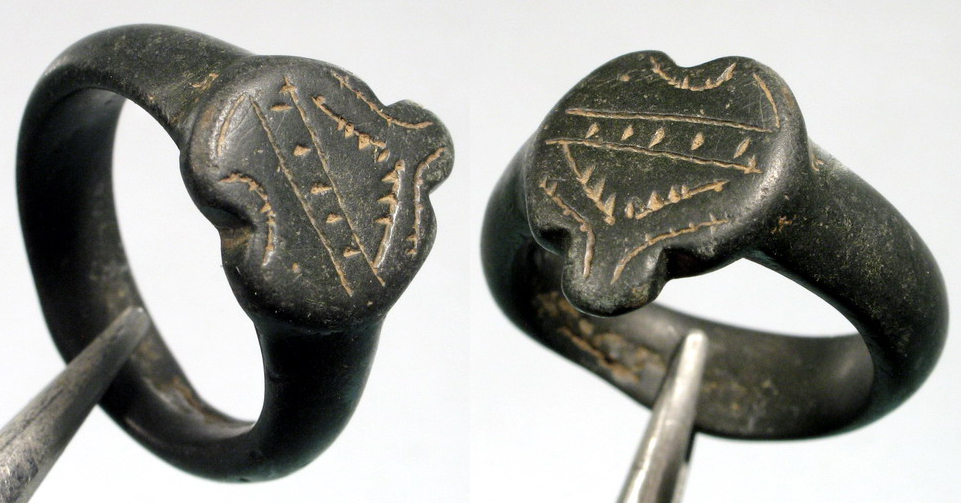 I have one thing that has never left my possession and that is my father's iron signet ring.
The history of the signet ring is fascinating. To put it short, a signet ring was used as a person's signature.
Many powerful people, even Lords, could not read or write so they created a symbol that was uniquely their own. When a scribe completed a document for them the ring wearer signed the document by pressing it into a pool of soft wax, thus imprinting the bearer's 'signature' onto documents. The signet seal was every bit as legal as a signature. Many famous people in history are documented to have used a signet ring. Pompey’s displayed a lion holding a sword. Julius Caesar had an armed Venus. Augustus had first a sphinx, then the head of Alexander the Great, and finally his own image.

This ring has never left me. I have never been without it. It reminds me of simpler and better times. I don't remember my life as a human but sometimes when I look at this ring I believe that I see flashes of what once was, though truthfully, it is more likely wishful thinking. I will never part with this ring for anything. It's part of me and an integral piece of who I am.