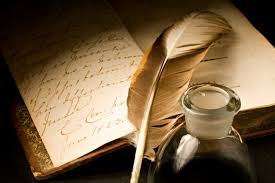 I have taken several weeks to travel to my first destination.  Avoiding human contact as much as I can.  Aro sent me to track down someone. This…

Change, a return to the old ways.

There has been some chaos in the castle lately.  I fear the relaxed atmosphere that many of the guards have gotten use to is about to change.   More duties, extra hours standing guard.  Chelsea no doubt will be reinforcing the bond everyone has to the masters and their wives.  It's happened before when other guards start to forget their place.

Mentally I have started to prepare for being sent away on a mission.  It is no doubt what Aro will wish.  The departure will be hard…

It's easy to forget how little my sweet Corin has seen of the world.  Her father never let her out to see the world.  And once she was changed, he kept her prisoner.  Part of that may have been due to her having such an addictive gift.  One that use to cause me to limit the time I spent near her.  Over the years with practice she has been able to control it more and more.  She has learned such control with her gift that she can now share with me how she is feeling.  It's quite extraordinary,…

My mind continually keeps wandering back to the day in forks.  The day we all went to investigate the claim that the Cullen's had created an immortal child.  Unlike most of the missions I went on, Aro had brought almost everyone.  We knew Alice's gift would have alerted the Cullen's.     Aro did not worry about this, as we did not need to surprise them.  should they flee, I would be able to track them down regardless…

After weeks of my going back and forth between Heidi and Corin, Master Aro summoned me.  One never knows what to expect when you are summoned.  It could be anything from a change of duties, to being sent away on a mission.  But somehow I knew it was about Heidi and Corin.   All of the lesser guards were talking.   Felix was away and I couldn't talk to the one person I had been talking to for months as she was part of the situation.

I knew right off Master Aro would use his…

Stuck in a Tough Place

For weeks now my thoughts have been over run with only a few things.  My duties, and then Heidi and Corin.  So much so that I have filled almost an entire journal trying to get my thoughts sorted and straight.  My duties will always come first.

I have always had very different relationships with both of these women.…

Sitting down and taking quill to paper as I have so many times before.  A skill that many have lost.  The sound of the quill scratching on the paper is one I still find soothing.  Quill, ink and old paper.  Memories of my past.  But yet they still feel right.  more so than pencil or pen.

My human years are long behind me.  In a time even historians do not fully comprehend.  A time lost to the sands.  You see, I have seen many human lifetimes.  Seen the world change.  Any of my human accomplishments would now be long forgotten for I did nothing that any human historian would find worthy enough to make note of.

Yes, I can still remember back to the day that…