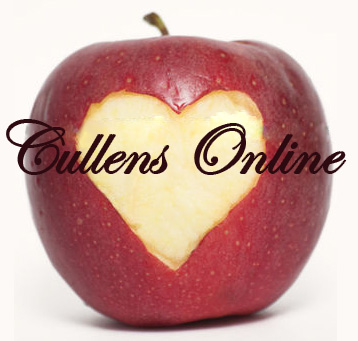 Being bored can be a slightly bad thing when you have time on your hands but it can give you a good reason to play pranks on siblings. The last prank that I played was when Corin and I hid all of Mina's clothes in the dungeon. It was good to watch her walk around in the same dress for days on end.…

When I was a child my fondest memory was when I was 7 and it was Christmas time and my family followed the traditions that we always carried out every year. They began just before December 1st and my mother, sisters and I set aside special evenings for baking spiced cakes and cookies, and making gifts and decorations. Little dolls of fruit are traditional Christmas toys.…

Over the years I have collected and been gifted several items of jewelry. But there is one piece that brings back happy thoughts and I thought I would share a story of one of my most unique pieces. I remember when I was human that my family had a special tradition. When I turned 18 I was presented with a piece of jewelry, a ring that to this day still sits on a finger of my left…

When I think of color a certain poem comes to mind. Color has different ways of touching lives.

The lovely things that I have watched unthinking,
Unknowing, day by day,
That their soft dyes have steeped my soul in colour
That will not pass away -

Great saffron sunset clouds, and larkspur mountains,
And fenceless miles of plain,
And hillsides golden-green in that unearthly
Clear shining after…

In Italy we have many summer traditions. One that I have seen occur every year since I have been immortal. It is quite a celebration to witness.

Every year on June 16th the city of Pisa celebrates the Luminara di Saint Ranieri, the Patron Saint of Italy, who died as a Saint in 1161, and who has been celebrated since the late 17th century. Along…

I sat at my desk and opened my journal. It had been a while since I had posted an entry and I felt with what had happened in the last day that it was needed. I tapped the pen against a blank page as I complied my thoughts. I put the pen to the page and started to write.

The castle had been quiet after Corn and I had brought Mistress Sulpicia and Mistress Athenodora back to the castle.…

A favourite of mine.

I have many favourite poems but this is my favourite above all others. I thought I would share it with you all.

I am sure that everyone has a different view on what they think of that day every year when they add another year to their age.  I have faint memories of human birthdays. They were always pleasing. The years after my change and before I joined the Volturi family. I never celebrated my birthday. There was a burning hatred to the woman who turned me and I didn't want to think about being frozen at 20. I admit I was pleased when she Hilda was…

Reminders of the past.

When you have been immortal for a very long time you see many changes in history and also in the way people dress due to the era. Over the years I have kept particular items of clothing as a reminder of the changes that I have seen happen.

If I was asked what was my favorite era of fashion I would have to say the Victorian.  The fashion during that era was in my opinion the best. The dresses were elegant and…

I stood at the edge of the group and watched as Aro made his way towards me, his hand flashed out and grabbed hold of mine, all my thoughts were now being read. After what seemed a few minutes…

I was born into a large German family in Germany in 1530. I was given the name Heidi upon my birth and I was the youngest of seven children. I was spoilt by my parents and siblings as I was the youngest. You could say that I took great pleasure in being spoiled by my family.…