My little girl will be turning six years old in just a few short months. How can this be? It was only yesterday I rocked her in the old chair on the porch as the quiet snows fell. The  blink of an eye since her first steps to Billy, a breath since her first word. (Woof meaning wolf for her beloved brother Embry.) She took off like a flash and is now a confident, strong, brave little girl.

She is the mini female version of her Daddy. She has no fear and almost as much sense,…

Tendrils of the Past

Billy knows. I am sure of it. He  knows I am hiding something from him. I didn’t dare ask why the box was out. After all, it is his workshop, my things are invading his workspace. There are any number of reasons he could have had the box there, from needing to get to something it was blocking to setting his work on it. I don’t believe he was snooping about, nor do I care if he did. It would be my own fault for not destroying my old journals and poems from that horrible time. I don’t know why…

I touched the blossom

And the petal fell into my palm.

A tiny hint of color.

It could not be restored

It and the blossom, would never be the same.

Innocence in my hand.

I was the blossom.

It happened again. Every week when they drop me off, I hope that it won’t. It does every time though. I am 12 years old now, I think I am old enough to stay at home for a couple of hours during the day by myself. But Mom and Dad don’t think I am responsible. Whatever that means. I can be good, and I try. I guess I am not good enough for them to think I am responsible and they keep making me go.

I just close my eyes now and think about what it will be like when I am grown up.…

How did I make it this far?

I sat back, and I watched.

Others who were happy

People who were loved.

Those who had support.

Alone, adrift in a world of darkness.

Because no one heard

There was no one to teach me how to cope

Or what it meant to feel safe and secure.

I had only me

Simple joys for others

Struggles through the days

Worries on my shoulders

Fear in my heart

Doubt in my mind.

What if it hadn’t happened?

What if I had siblings?

There is someone out there to love me?

Happiness can be mine?

I am fooling myself.

Hiding life below the surface.

Mirrors of the skies,

This used to be my world

Never sharing the things inside.

You broke the waters

Dove in deep and brought me the heat

Hello dear friend. It is time I turn again to you to sort out what is going on.

The time has come for me to go back to work. Aerie is 15 weeks old, although since she was 8 weeks premature, she is developmentally at about 7 weeks. She had a check up Friday and weighs 9.9 pounds and is 15.9 inches long. She is growing and healthy and I cannot be happier or prouder. Billy too. I think this year we will have a lot to be thankful for at the…

We finally got the call we had been waiting for, we could take Aerie home. I could barely contain my excitement as we drove. Our baby was finally coming home with us and we could start this next chapter in our life.  For more than three weeks, really, since we found out we were pregnant, it has felt as if life was on hold, waiting for this tiny human being to join us, as if it cemented the dream come true.

I knew the kids had already fallen in love with her. The had been so…

We buried my best friend today.

I am empty and lost. The one person I could go to with anything is now gone. I sit here, in the quiet of my home, wondering what I should do next. For today, there is no more to do.

All of La Push turned out to honor this amazing spirit, who graced the world so briefly. She was the granddaughter of an elder and the wife of the chief. She was a mother, lover, friend,…

It started in the morning of the 24th, little twinges and a shifted feeling. I didn't think much about it and went about my day, getting groceries, cleaning the house. I met with Sarah for a late lunch and I am glad I did. My water broke as we were finishing up. She was very calm, and a…

I can’t remember the last time I took Mother’s Day off from the hospital. With Embry pretty much grown enough to take care of himself by the time I started there, and my own mother gone, I chose to work and give other mother’s with younger children at home the day to celebrate. Not that Embry and I didn’t celebrate; we just did it the day before or the day after. Honestly, for me, any day with Embry was a celebration of being a mother.

He found ways to surprise me and make my…

A Tale of Two Pregnancies

24 years ago today, I gave birth to Embry. Now, finding myself pregnant again, I find myself remembering the time I spent preparing for his arrival, and how it compares to what is going on now.

I was careful while carrying Embry, but still battled with gestational diabetes and high blood pressure, almost developing preeclampsia. My morning sickness wasn’t nearly as severe or as long as it has been this time, I just have to chalk that up to my age I guess.  I know 42 isn’t…

But I am sure you all guessed that.

When he was three, I made the first batch of red velvet heart shaped doughnuts for him.  We had “coffee” (1 part coffee to 5 parts hot chocolate for him) and doughnuts and watched Popeye cartoons.  The following year, he started to ask me about a week before Valentine’s Day if we were going to have red doughnuts and coffee again. It became our tradition to have those doughnuts every year for Valentine’s Day. So, this…

I had always wondered what it would have been like if Embry had been a girl instead of a boy. How it would have been to raise a daughter. Although they were older when Sarah died, after some time I got a taste of what it would be like with Rachel and Rebecca. I didn’t raise them, but I saw Sarah with them as they were growing up. In time, after she died, her girls would come to me occasionally to talk. Once I started to take care of Billy, Rachel and I grew closer, more of a friendship at…

Billy and His Guitar 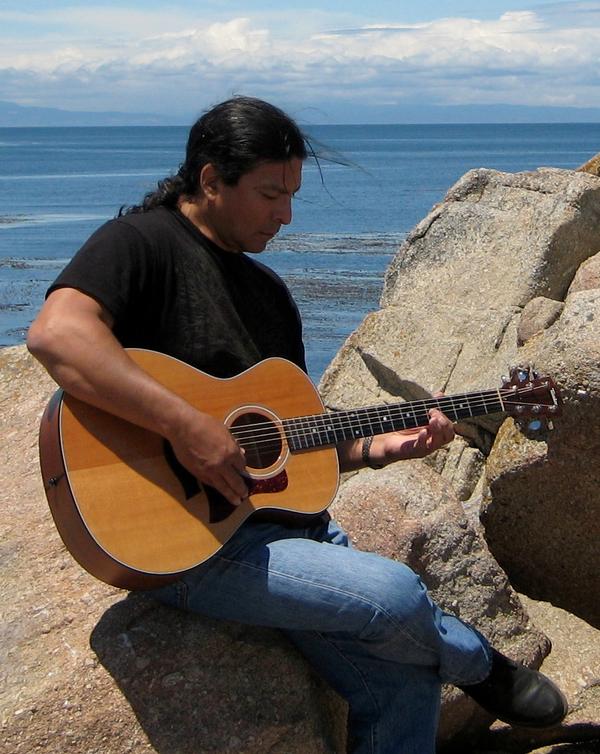 I’d have to say the one thing most people may not know about Billy is he is an awesome guitarist. He doesn't bring it out in public often, I get to be the audience most of the time. And…when he sings, I swoon. As silly as that sounds, I do! He has this lovely low rumble in his voice that just makes me weak in the knees!

I remember years ago he would play more…

Living with the Vampires

Okay so I don’t really live with them, but they are a very real part of our world. I have to admit when Embry came out to me and told me that all of the legends were real, I had the usual mental reaction to the idea of vampires. I freaked out, thinking of all of the horrible stories I had heard over the years. Then, Embry pointed out to me that Dr. Cullen was one. But he was part of a special type, they called them vegetarian. They did not live on human blood.

Running with the Pack

Okay, maybe I don’t run with them, but ever since Embry came out about being wolf, I have been a pack Momma. It was a blessing to finally know what had my sweet boy acting the way he had. But there were unexpected things he was hiding from me that once I knew, became routine.  While the original worries went away, new ones came up.

The first and biggest thing was his appetite! My goodness, I don’t know who was feeding him when I wasn’t, but once I knew, my grocery bill…

A Letter To My Love

You probably have no idea how very blessed I feel to have you in my life. At a time when I felt like things were starting to fall apart, and that I would end up alone, you stepped up and carried me into your life and made it more full than I could ever have dreamed. Your children have become my own, you have taken my son in as yours, and I have grandchildren now to love and spoil as a Grandma should.

It has been just over two weeks since Thanksgiving, and quite possibly one of the most wonderful days of my life.

I offered to work on Thanksgiving because we have been short staffed and the extra pay would come in helpful. To my surprise, Billy and all of the kids came to the hospital and set up a complete dinner in one of the family lounges. Rachel and Paul brought the turkey and potatoes, Renesmee and Jacob brought dressing and green bean casserole, Embry made yams and…