A Letter to Alec 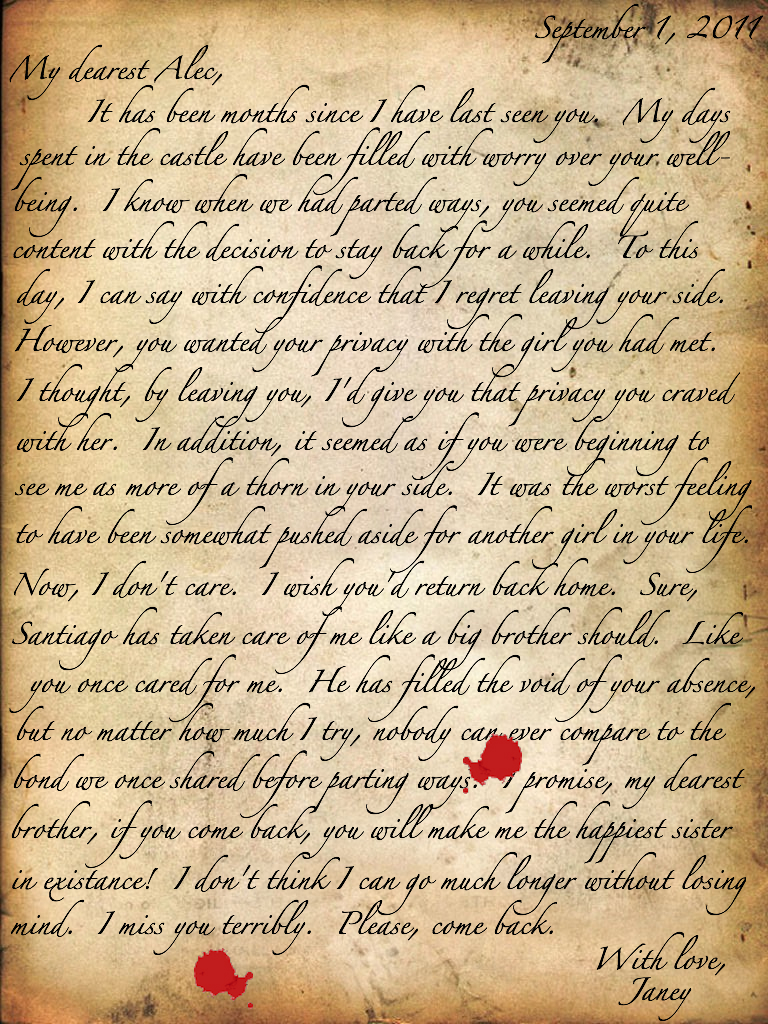 5:30 pm
Still an hour and a half left before she had to return. She could return now, but even the thoughts of her room stifled her. These days, it felt as if the four walls were losing in on her, leaving her flustered and suffocated. She'd then call up her Mom; she made it go away, but for how long? As soon as the line disconnected, the sinking feeling would resume again. She could… Continue

He was the first one to understand me. He was the one who loved me instantly and who went to all extreme’s to keep me safe. His hands where the ones who held me and his eyes looked upon me for the first time. He is my Dad. My Hero.

There is a bond between us something so strong and fragile at the same time. A bond I treasure with all my heart. Of course at times it gets…

Not your average girl

There is this little coffee shop in town. I love going there and the owners know me quite well. They have this cozy nook where I usually have a cup of coffee or hot chocolate. I love sitting there watching the girls and boys walk past. Wondering how it would be to be friends with them. How it would be to be your average teenage girl.

Today I went into town. I felt like just taking a break and go for a nice cup of coffee. While I was sitting at my table paging through a magazine, a pregnant lady walked in. I think she must be quite close to full term.


But what I noticed more was the look in her eyes. The happiness and contentment. I watch as she softly rubbed her hand across her tummy and smiled.

I found myself smiling. I think I have been thinking a lot about my birth these days with my…

A Letter to Santiago 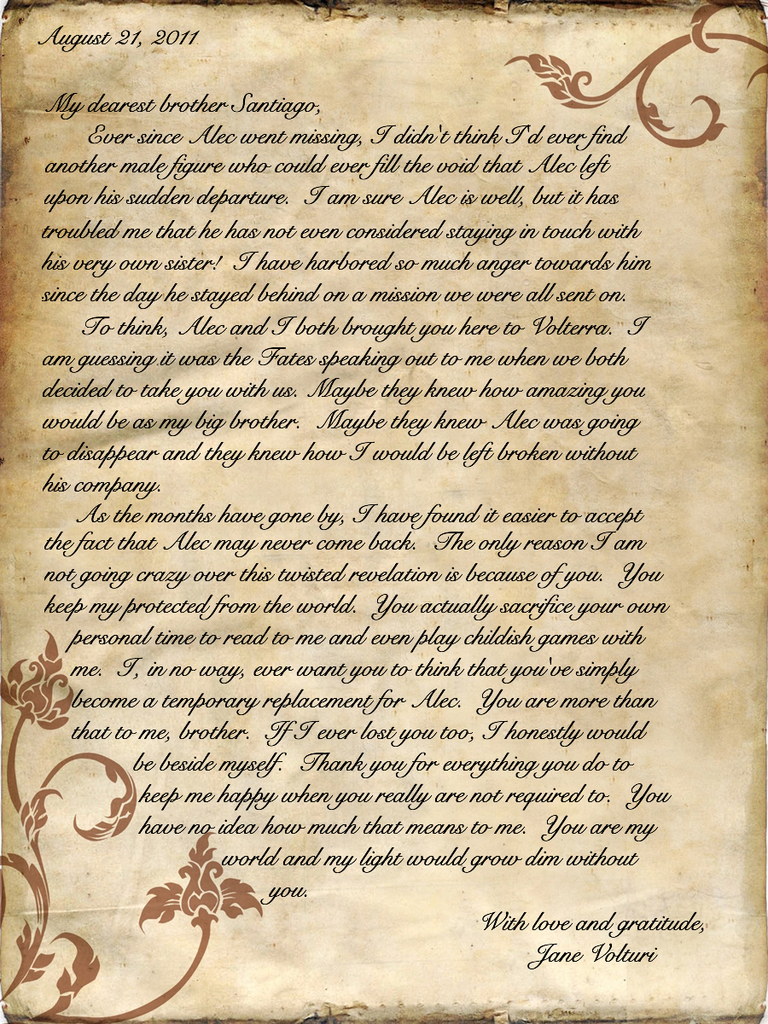 He holds me close, he whispers my name
Resting my head on his shoulder
Feeling his touch on my skin, I close my eyes
He kisses my cheek, my eye's sting with tears that will never come

My heart hurts for the love that I feel
The hurt is my constant reminder of him
I hold it close, dare I should lose it!
But no matter the cost, I will pay the price
Freedom holds no peace, for he is not there
My heart is my prison.
His smile the only key.

May It Be - Celtic Women

I love not only the group but this song. It is one of my favorites from them. I hope whomever is to watch this loves it too. A Round Of I Wish!

Here are my two I wish items!

Memories Of My Human Family

Lately, memories of my human life seem to be plaguing my mind.  There is no reason for it.  It is not as if I can have a dream and have those images engrained into my memory.  These images have been hidden deeper and as of late have made themselves known.  Often times, when I am in my chambers, I have been receiving quick clips of what was once my human life.  The life I lived before I was turned into what I am today.  Most of my images have been of my mother and father.  Their appearances…

An Iowa fan, an Iowa State fan, and an UNI fan are climbing a mountain and arguing about who loves their team the most. The UNI fan insists that he is the most loyal. ''This is for UNI!'' he yells, and jumps off the mountain. Not to be outdone, the Iowa fan is next to profess his love for his… 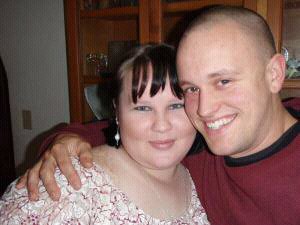 My cousin Adam was my best friend. We werent blood related, but that didnt matter to us. Our family knew we were close but until he passed they haddnt realized their idea of close was not the right word. When we were in the same town we did…

To my baby sister Caryn Phillips

When she screams it makes you wanna curl up and cry.

When she hugs you, you never wanna letter her go.

When she whipsers in your ear you get chills down your back.

When she is sad you would do anything to make her happy.

When she crys you wanna know what happened and if she is okay.

She will scream, cry, laugh, hug, whisper, and be sad but she is only a toddler she will learn to grow sooner or later but right now she just wants to be her and play and laugh…

The bruises you left will never go away.

The scars on my arms will never leave and the new ones heal parchly.

My heart can no longer heal from what you did to it.

My life is no longer worth living with out you in it.

When you left you didn't just take your self you took my soul so many years ago.

My father. My Mother. My life. Its gone.

A little girl scream as a window breaks,

as she screams, tears run down her face as her father leaves her once again,

her mother yells at her while she is screaming and crying telling her to shut up and grow up and to get over herself even though she is only a child,

the little girl is scared her daddy will not come back soon she relizes she was right he is not coming home he is gone for good...

The little girl stays up all night crying watching her…

I Can't seem to forget

I'm not sure if I'm crying cause I'm in pain or what. It feels like my heart was torn burtally from my chest. I haven't cried this much since that day I'm still trying to forget. i've  tried over and over again to foget it but i cant seem too. Its like a nightmare that replays its self over and wont stop. i wanna forgive and forget.. but i dont think tht will ever happen.