It is said at times that our history can determine our future. As a seer, I can attest that we have the ability and power to alter our future for the better or for the worse.

However, we learn from History. History gives us clues as to what we can anticipate and how we can do better. These thoughts cross my mind as visions are beginning to slowly form.

Visions of movement, new paths, new discoveries. Our family is not new to change and new paths. Our history…

As with a lot of the population, change is something that most of us resist. It's not easy to accept drastic change and it can take it's toll on us in several ways.  I see how it challenges my family. Some are ready for the big move, some are hesitant and some are never ready and simply cannot cope.

I have been observing my own family over the past few months as we've discussed the possibility of the 'great move' once again. We have done this, of course, several times in the past and…

October here is a busy month. We are all excited about the change of seasons and the great harvest festival.

It's a time of gratitude, friendship and togetherness. The tribe comes together to create an atmosphere of love and family and each one of us brings something unique to the gathering.

Old Quil will make the table that we will place on First Beach. On the table be our feast. Dried fish, fish fry and cakes, sweets, vegetables from our gardens, fruits and all sorts of…

There are few things that I covet beyond blood and power, and yet in the cruelest twist of fate and fallacy blood becomes the very thing I seek to diminish. Empires built steadily in the name of my coven, the blind worship and ambitious palms filled with nothing but the bitter taste of my hunger slowly quenched lead to, my thrill and contemplation, choices decided entirely in the name of furthering my, or more decidedly, our, success. The term master, a title I have…

Hatred for Carlisle had burned inside of me. The memory of that alone pained me, guilt consuming my chest. The reconciliations of the beginning were full of shame. How I could have felt anything but gratitude towards him disobeyed him so blatantly, was now unfathomable.

Awakening, my emotions had…

"Edward." At the sound, a nostalgic pulse rushed through me. I was used to being able to hearing her thoughts now. My hearing was still selective, she only granted me what she wanted to. Frustrating as it was I had decided it would have to be enough. Having something I once longed for would always bring me excitement, surges of adrenalin that rushed over me, regardless of the amount of time that it had been available to me. I was unsure if this was a character trait or an undead one if being…

“No anguish I have had to bear on your account has been too heavy a price to pay for the new life into which I have entered in loving you.”
-George Eliot


I wished I could agree with him, that no price I had to pay was too much, that I could live peacefully with the promise I had made. Bella's life was too big a price, to valuable. She would argue that it was her price, that I had no say in the matter. She has no idea how entirely wrong she was. The pain and guilt for…

You would think that, by now, I would be use to this. The fire in my throat egnited, sending the monster into a frenzy. She crushed herself close to me knowing that I would resrain her despite myself. Gently, I pulled my face away from hers. She was always entirely too willing to push her luck. But then again, I couldn't call anything that has happened in the past year luck. My fragile little magnit for distruction. She looked up at me, her lower lip puckered out into a pout. I couldn't help…

You Are A Secret

This is a poem that i wrote when i was 14 yrs old.

You Are A Secret

You are my destiny

You are my soul

You are a secret,That i never told

When i'm around you

My heart seems to glow

From the look on my face

It seems to show

When our friends are around

We say were only friends

Than it's back to be being lovers again

I don't think i can hold on to long

I don't think i can be this…

As Summer begins to transition into Fall, we are left with a wardrobe that feels a little conflicted.

Here are some of my top three styles to blend your Summer wardrobe with your Fall wardrobe as you transition.

Adding a light scarf accent to any T-Shirt and Jean combination can start setting the stage for a perfect Fall transition. …

Miracles happen each and every day.

We tend to focus on the larger miracles or the ones that are almost impossible not to notice. While there is no denying that large miracles are incredible and memorable, while we are only training our mind to notice the big happenings, we so often miss out on the smaller every day miracles.

To notice and appreciate small miracles, you almost have to re-train your mind to be still and train your eyes to open for small murmurs… 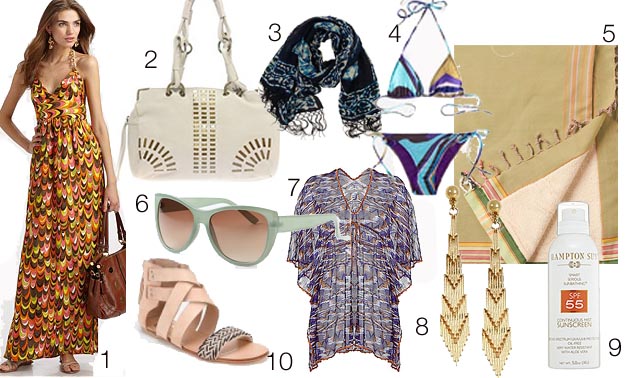 She appears with eyes red like strands of velvet, ribbons resembling that of those she pours with anger just as potent.

She coddles the toddler with a mocking expression, it’s mother’s screams falling on seemingly deaf ears, a twisted countenance with all emotions but grief, perhaps anger. An immortal child, a broken little thing with a hunger more insatiable than any other…

There are few things that I covet beyond blood and power, and yet in the cruelest twist of fate and fallacy blood becomes the very thing I seek to diminish. Empires built steadily in the name of my coven, the blind worship and ambitious palms filled with nothing but the bitter taste of my hunger slowly quenched lead to, my thrill and contemplation, choices decided entirely in the name of furthering my, or more decidedly,…

Before my time with Alice, I didn't really have anything you'd call a hobby. Nothing that really interested me. I had some skills when it came to music, but nothing like that of Edward when he learned to play the piano. I had very little I needed before. Though when one finds themselves with so much time on their hands they start picking up hobbies so to speak. Alice and I both have a fondness for Jazz music, and the blues.  They do tend to go hand in hand. So I found it only natural to…

One of the most stressful things as an adult is the ability to have fun with your life. The once youthful feeling of carefree imagination eventually gets replaced with the heavy weight of responsibilities and obligation.

While no one can escape the reality of responsibilities, it is high time we reminded ourselves that in prioritizing having fun amongst a sea of obligation is essential to living a good life.

When most think of “having fun”, they tend to think…

Last night, celebrities and socialites paraded in New York City as they attended the Met Gala. The theme this year was “Heavenly Bodies: Fashion and the Catholic Imagination”.

Romantic, rich, heavy fabrics paying homage to church and the renaissance art that encapsulates it. … 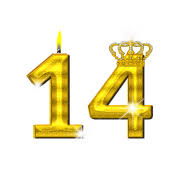 I thought I would magically wake up on my birthday feeling  older. Turns out, I feel the same, look the same, wear the same size clothes. I measured myself against my closet door and I see that I didn't really grow much since last year either. I guess I'm going to be about 5' 4" then. My sister, Connie, is 5' 6" and I would love to be as…

I think the biggest question I get from people once they know I am clairvoyant is, “What happens next for me?”

It is only natural to be focused on what is to come of us. I even find myself sometimes all too curious as to what my future holds. Over time I have learned that the present is…

Yay for Spring break! I totally am so done with algebra! I had a test today and I did ok on it but I am really tired of studying! I'm glad we have the next week off. Mom and Connie and I are going to do some spring cleaning and then go into Port Angeles for some spring clothes shopping! I am looking forward to getting a new dress or two.

Quil and I have been doing a lot of hiking lately. Tomorrow is supposed to be beautiful and I can't wait! Hiking has become one of my favorite…