What should we call you? Kimmie

What kind of car do you drive? red Chevy Aveo with a black bra

What is the last song you listened to? Scarborough Fair by: Celtic Woman

Are you a neat freak or a slob? in between

What's your favorite veggie? You mean I have to chose 1..grrr...asparagus

Do you drive like a Cullen? In Texas no I didn't but now living in PA I kinda have to dang Yankee drivers…

One day someone asked me what inspired me, and that is a very easy question to answer the world inspires me and everything about it , every time the sun comes up from behind the hills and settles on the ocean, hearing the waves crash on the sand , every time I look at the sky and the sun blinds me or see the puffy white clouds, or at night when I can see the moon or the stars shine its just so relaxing,another…

Fear is the one thing that every human being experiences. It's the moment when your heart skips a beat, the adrenaline rushes through your veins, and your mind is scattered in a million places at once. Fear is when anxiety that you may never see that person again; or you potentially could lose your life... It could even be as simple as seeing a spider in your house (if you are arachnophobic, of course).

When he said, I love you, that was the end of me.

We had some extremly great times.…

Results of pen to paper

A bright and distant future, drawing close and burning out.

The words I speak forgotten, before the even leave my mouth.

I used to be so bloody brilliant, evolved beyond my years.…

In the depth's of the darkness, I lay awake unable to sleep.

All my fears are brought upon night, close my eyes try not to scream.

I Cry Many Tears

I cry many tears

tears of sadness
tears of madness

I cry many tears…

Tonight I got jailed on Twitter for the very first time.

@AmyRanker stepped in and created a protest poster to get me freed from behind the bars!Thank you, Amy! I think it worked as I'm 'free' once again! 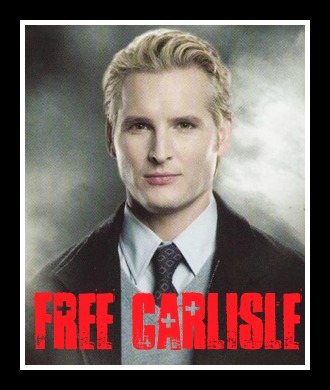 *laughs* the night of the witch

*laughs* this is going to sound really weird but, my friend thinks she is a witch. she got this big old book from her grandmother with "spells" in it *smiles* so she sat me down and got candles and stuff altogether next to her. oh sorry, her name is sara, anyway she set this candle in front of us both and said "look into the flame of the candle" so i did and she chanted this googaa from her book and said "what do you see?" now im no believer but i did see a man in the flame with dark curly hair… Continue

Most people say there past is the easiest to forget when really its not. See I grew up with no father and not muc of my mother but she is with me now. See I didn't know tell 1 month ago from the time I was born till I was 6 my father didn't think I was his daughter he thought it was a mistake and well it was hard to find this out right after I had been in his marriage as his new wifes maid of honor.

All of us grow, no matter if we want to or not. If you really think about it, do you want to grow up fast? Most of us, it means moving out, going to college away from home, getting relationships. Most of that we can handle, right? Well, go deeper in that equation. Paying bills, taking responsiblity for actions, staying no to peer-pressure. Most of us have faced at least peer pressure. I dont know about you, but the other two scare me. If I have problems, I go to my mom. If she cant help, I…

United We Stand; Divided We Fall

I realize I'm merely mortal but I have to weigh in here on the state of the Cullen family.  I've had to learn very recently that family is the most important institution.  Without which we are lost.  If anyone has been feeling lost lately its me.  I've lost 2 of the four of my family in less than a year and a half.  Both to the enemies of Cancer and emphysema.  My father and I are all that we have left as far as immediate family is concerned.  So its upsetting that the Cullens are tearing… Continue

Life in a Nutshell

We all know that Life has its ups and downs. The Downs is when we need our friends there.. Friends & Family. The ups is when you want to share them with friends and family. We all, honestly, could write a life story about ourselves. We all have those days, weeks, months, and even years that just.. suck. Ive had many of those... My biggest time was 2008. *shakes my head* Just about the worst year... And June of 2011.

Her Pain, my suffering

Some thoughts after my conversation with Esme

I sit here writing this feeling completely helpless as Esme slips out the back door in search of her own answers under the guise of needing a hunt. She hunted a day or…

As I reached the top of the ladder I saw him. I jumped with a thud, my feet hit the ground running, he was behind me, catching up with great speed. My mind raced. I knew he was one of them, his eyes and feral expression was obvious. I ran like I had never run before, dodging trees, jumping over fallen limbs and rocks until I hit the clearing out behind the church. I didn't dare look behind me, that would just slow me down. I felt myself being lifted as if I…

*Giggles* I'm not a smiley person because i have...Dimples...*hides my face* And i swear if my Aunty Erin pockes them again she wont see my smile any more*giggles* And as for Aunty Kika she hasnt seen my dimples...Until tonight she will see them and im sure everyone will make a fuss bout them*shakes my head and smiles showing my dimples* But tonight is her birthday parthy and i will let her see them...maybe*smirks…

Growing up for me right now is good. I have my mom I love her so much she is my world. Wihtout her i wouldnt be the happy kid I am. And my Aunty Kika If its not my mom i can talk to I turn to her, and without her I wouldnt love my books!*smiles* I dont like to dance.. Well i didnt anyways but thanks to Aunty Linds she got me into dancing and put me in Hip-Hop with out her i would be still saying"Sorry I dont dance".*giggles* And my other 2…

My Best Birthday Ever {Part 2}

When the party started at Carlisle & Esme's I was uber hyper. I had coffee and was SO happy! Jane was there and Linds and I were talking about my piercing I got. Jane makes me laugh because she was talking about why humans get piercings or as she put it 'holes in our body' *giggles*

Carmen came in.. Well she walked in and sneaked behind me and covered my eyes and asked me how I was. I Said great and showed her I got the piercing. She ended up braiding my hair and of course in the…

I had a rough past growing up. i was always like an outcast. i was always picked on for various reasons. and those reasons i will not explain cause they make me cry a lot.i felt like i didn't belong. 10 yrs ago my mom had passed away and i was devastated. Forgive me but for certain ppl i will hold grudges for a very long time.I was never the same since then. I did go into NJROTC to get self dicipline and it worked. if i had the chance to do it again i really would. sometimes i desire revenge so… Continue