Been here in La Push my whole life but seems as I get older, Im getting less and less tolerant of being cold. Used to be we went swimming in 30 degree temperatures. 80 degrees still isnt warm enough to get this old man into the drink. I was just out back grabbing some wood and heard a bunch of kids talking as they were walking by. They are heading to the cliffs to go diving.  It's cold, they aren't part of the pack either. They're just crazy!

It's a nice quiet day here, just me and…

Last night we went to the diner then to see Lego Batman. I thought it was so funny! My favorite character is Robin. He's just silly and a little bit awkward and that makes him funny! I love playing with Legos. Quit has this huge Star Wars thing he built and I remember once I touched it and it like exploded.  He got so mad I thought he was going to kill me but he didn't! Still now there are two pieces still missing. Tell me how the heck if you break something do the pieces go missing and you…

Ok guys, this is so fun and gross and cool!

You can either use the pre-glittered glue , or you can use regular Elmer's school glue and add your own glitter. I've found that if you use the really fine grain glitter it's the best! I've also used chunky glitter and confetti shapes too.…

A few flurries fly and the whole of Forks seems on edge.  There were seven accidents today which brought people into the ER. All of that from a few snow flurries. That's not even mentioning how many incidents there were that did not involve injury.

It snows, people panic. Why is that? I have never understood why and I suppose I just never will.
I treated a few bruises, scrapes and a concussion. Someone slid into a cyclist. Lucky for him, the automobile was not moving very fast…

The return of Hope

It had been a miserable day.   I simply wanted to get out of the rain at some point.    I don't know what made my choose that dinner that day.   Perhaps it was that I'd never been in that one.   Perhaps it was fate that pulled me there.  The events from the moment I walked through that door are something I will never forget. …

Fishing in the Rain

I get very few days off and when I do I swear the weather gods are against me. Every freakin' time I pull the boat out, it rains. I suppose I shouldn't complain simply because I do have a day off but come on, really? Rain? Again? Am I surprised? February, Washington... Rain. To be frank, every month...Washington... RAIN. So yeah, Im grumpy but hell, I have a day off so I'm going to make the best of it.

Sue decided to stay home and dry which at this point, I think was the right…

Even when you are a seer, you find yourself in situations that you could have never once imagined until fate has scheduled you will be there.

If you would have asked me once upon a time if I would be following Demetri to Italy, completely unaccompanied by anyone mind you, I would have told you that you were insane.

Nevertheless, there I was. It was a decision made at last moment as Demetri was staring into my eyes with…

Dream Up Something Big

Too often we hold ourselves back from dreaming big because we feel it is too impossible. Our dreams were designed to be limitless, where you can go anywhere and be anything you could conjure up in thought.

When we were young, we lived for our dreams. Our worlds were filled with fairy tales and endless play pretend. We dreamed we could be anything. From Mothers, Teachers,…

This year, Esme suggested that the family make home made gifts. It sounds like a grand idea, well, maybe for the rest of the family, it will be easy. For me, I gotta admit, it scares me a little. I mean what could I possibly make? I'm much better at breaking and wrecking stuff. I remember attempting to make a gift for Rose one year. I ended up with what I'm sure was the worlds largest ball of glue, and a big mess.  Long story short, it didn't work out. Rose tried to make me feel better by…

My family and I had just moved away from Forks. Jasper had lost control on Bella’s Birthday when she suffered a paper cut. It was too close for comfort and we needed to make sure that it would never happen again.

My visions showed me how devastated Bella would be when Edward and our family left her behind but I could have never imagined or visioned that she would not recover.

Days passed by as we moved. I kept an eye on Bella…

For me, it's a memory of the past that is pleasant and spreads warmth throughout my whole body.

One such thing is the wedding band on my finger. Another is a dried flower that Esme had in her hair on our wedding day which is laminated and tucked into one of my journals. The items I find nostalgic don't always have to be anything of monetary value. As a matter of fact, most of them would be deemed worthless to any…

What is with this generation?

Had a report filed by a citizen that some kids were messing around and spray painted graffiti on some of the rocks over by LaPush.
I don't understand what makes people do stupid stuff. I wouldn't have ever dreamed of defacing anyone's property for fear that my father would tan my goddamn hyde if I did. Where has the respect gone with this current generation?

I took the call and John Parker and I… 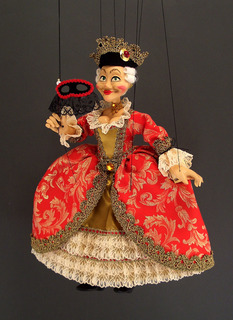 While searching for some antique picture frames for some of my photos, I stumbled upon an old marionette. For some they are the stuff of nightmares, but for someone like me, they are mementos. This particular marionette was behind a glass case and appeared to be from the 1700s, but…

Storytime: My Most Embarrassing Moment

From age 7-13, I would go to summer camp for 4 weeks at Camp Namanu, in Oregon. It was something I looked forward to every year and was a chance to reunite with friends I had since year one. The camp had a lot to offer. We went canoeing, hiking, fishing, zip lining and we would do crafts and gather around the campfire nightly and listen to stories.

During my last summer there, there was a dance near the end of the…

Walking down the streets of Dublin looking around I can still see the bullet holes in the sides of statues and buildings.

Today is a day of remembrance.  One hundred years ago a small band (approximately 1250) of brothers and sisters decided to fight for our sovereignty.  It was taken from us by King Henry I in 1171.  From that time we have sought…

Recently, I had a visitor who surprised me at work. He is the man I called mine for several years and then we went our separate ways. He moved to the city, taking a job in a lab. With his smarts, it didn't surprise me. I stayed behind of course, because we decided to see other people. I'm sure he had his share of dates and girlfriends since. I have gone on a few myself, but I have not found anyone that compares to him. And then he showed up at my work. Somehow, I always new that Eric and I…